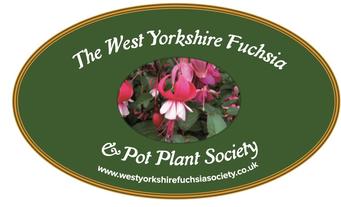 The fuchsia was named after an 18th century botanist, Carol Plumier, to honour Dr Leonard Fuchs. It originates from a number of Southern Hemisphere countries namely the Caribbean island of Hispaniola (now Haiti/Dominican Republic), South America and New Zealand.
This is an attempt to familiarise the beginner with terms, words and expressions which they may encounter during their, hopefully, long association with the fuchsia.

ANTHER – part of the Stamen which carries pollen grains.
AXIL – position on the stem of the plants where the leaf joins the stem. Removing growing tips of shoots will encourage axil buds to develop.
BUSH – a single plant which may be grown either on a clear stem not exceeding 1 ½” from soil level to first branch, or on numerous shoots produced from below soil level.
CALYX – collective term describing tube and sepals. A fuchsia should have 4 sepals although some may have more.
CHLOROPHYL – a green pigment containing magnesium. Yellowing of leaves indicates a lack of chlorophyll which can be remedied by watering with Epsom Salts (1 teaspoon to 1 gallon of water).
COMPOST – the medium consisting of a mixture of ingredients specially prepared for the sowing of seeds and the growing of plants:

Soil Based– often referred to as John Innes Type consisting of soil, manure, sand and fertilisers
Peat Based– consisting of ground peat and sand together with nutrients and trace elements

Peat Free  – as peat based but replacing peat with industrial prepared composted materials
Seed/rooting compost – consisting of a very small amount of nutrient
COROLLA – Floral part of the plant contained inside and fused to the petals. It consists of a varying number of petals, a single fuchsia having 4 petals, a semi-double having 5, 6 or 7 and a double having 8 or more petals.
CULTIVAR – a term for what is know as a cultivated variety or simply a variety.
CUTTING – a small part of the vegetative growth of a plant i.e. not seed used to increase or produce stock for cultivation.
DAMPING OFF – collapse and eventual death of cuttings or young seedlings due to invasion of a soil born fungi at soil level.
FEEDING – additional plant nutrients given to the plant to supplement those already in the compost. Major nutrients are Nitrogen (N), Phosphates (P) and Potash (K) always in that order and usually referred to as NPK. A common feeding regime (guide only) is
Early season – NPK ratio is 20:10:10, high nitrogen, which promotes the good healthy roots and foliage and strong growth
Mid Season – NPK ratio is 20:20:20, balanced feed, which helps in the production of flowers and extends the flowering period
Summer – NPK ratio is 10:10:20 which improves the colour of flowers, ripens wood and hardens branches
FIBROUS ROOTS – thin, white roots produced annually from the main fleshy roots which take up food and water for healthy growth.
FILAMENT – stem of the anther.

FOLIAGE – term given to green leafy growth. Good healthy foliage is the sign of a good healthy plant.
FUCHSIA TYPES
Single – a plant having flowers which have only four petals
Double - a plant having flowers which have eight or more petals
Semi-double - plant having flowers which have  5 , 6 or 7 petals
HYBRID – a cross between two distinct species or varieties.
HYBRIDISING – taking pollen from one plant and fertilising the stigma or anther to produce seeds from which an improved variety can be grown.
INTERNODE – part of the stem between leaf joints (or nodes).
NODE – part of the stem from where the leaf or bud starts.
OVARY – springs from the pedicel. It is the reproductive part of the bloom. After fertilisation it becomes the seed pod.
PEDICEL – name given to the stalk of the flower.
PISTIL – the female part of the flower consisting of ovary, stigma and style.

POT-ON – transferring the plant into a bigger pot to extend root growth and plant development.
POT-UP – transferring newly rooted cutting from the seed tray into its first pot.
PROPAGATION – increasing stock from seeds or rooted stock.
SEPAL – the floral part of the bloom fused to the tube and displayed by being extended outwards.
SPECIES - plants descended from the original plant(s) as discovered growing in the wild.
STAMEN – the filament and anther in their entirety.
STANDARD – plant grown on a stem free of side shoots not less than 150mm from soil level to first branch and measured according to mini, half or full standard.
STRIKING – insertion of a prepared cutting into rooting compost to promote development of new roots and growth of a new plant.
STOPPING – or pinching out, to take (by growing or pinching) the growing point at the end of a branch or stem to encourage further branching.
First Stopping – first occasion when the growth of the plant is slowed by taking out the growing tips; this then encourages                  the growth of additional stems.